They are cheap, easy to conceal, and widely available.

Worse yet, a criminal needs zero training to be deadly.

An investigative reporter was stabbed to death recently, and police arrested a Las Vegas county official for the crime.

In Lee County, Florida, a man was apprehended after stabbing someone he knew more than 40 times in the head, neck, and torso.

And two brothers went on a knifing spree in Canada this past summer, killing at least 10 people and injuring 18 others across 13 locations.

The point is, anyone can be deadly with a knife anywhere at any time.

So, how do you train to stop a knife-wielding psycho?

The vast majority of knife seminars focus on ONE aspect of blade combatives: cutting up the bad guy.

These instructors only teach you what to do with the knife already in your hand. But that’s the EASY part.

The hard part is surviving long enough to get to your own blade in the first place!

So, our Knife Defense2 Seminar (pronounced "Knife Defense SQUARED Seminar") will offer practical and realistic training, such as knowing when and how to safely and quickly deploy your blade when you’ve been attacked. 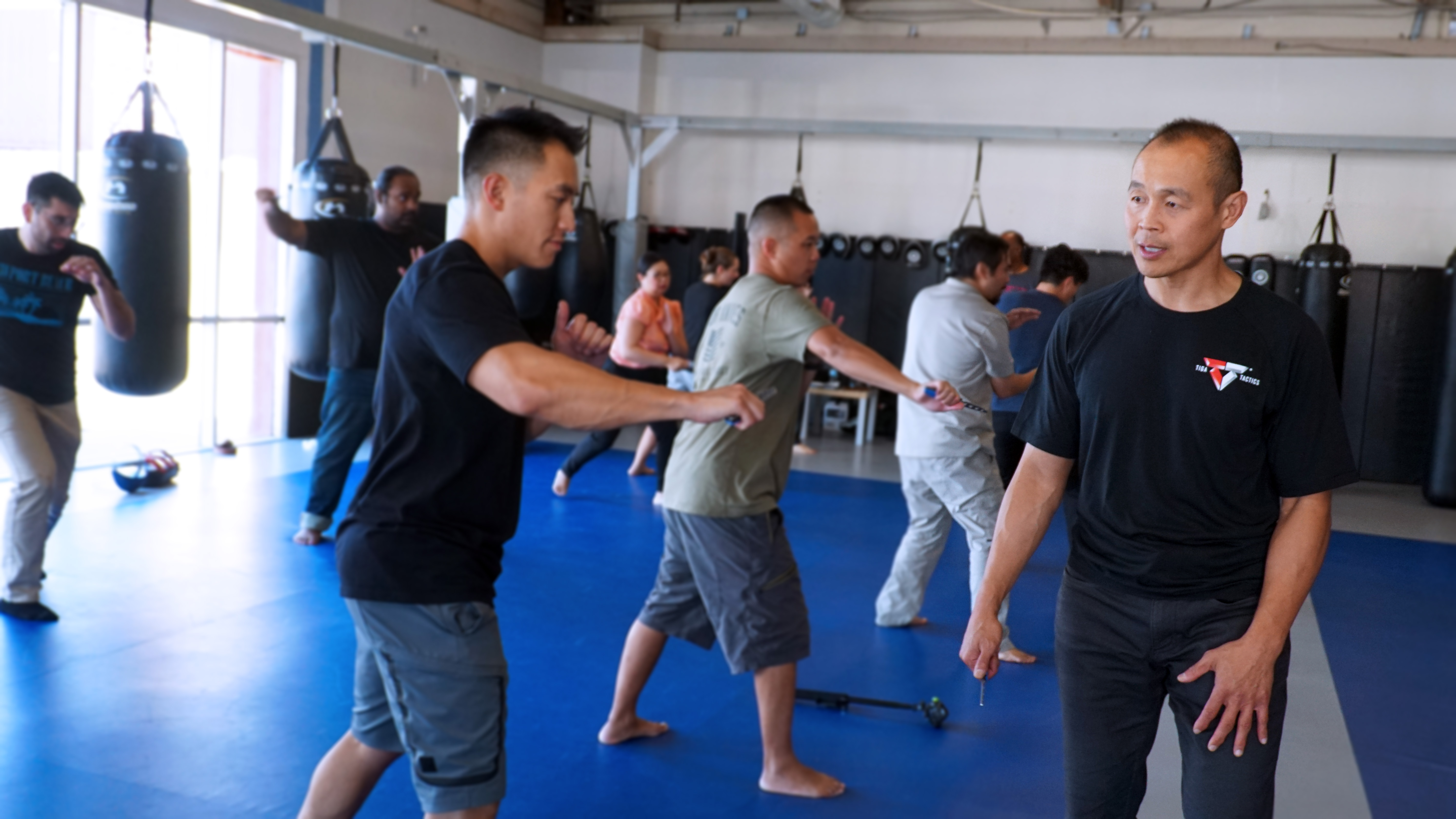 Our in-person program also includes failure drills and worst-case scenarios, like what to do if you drop your blade or if the bad guy has gotten a hold of your weapon hand.

We’ll also take a deep dive into what you should do if a violent thug tries to shank you with a knife of his own and you haven’t gotten to your weapon yet (or aren’t carrying one).

Our innovative two-day seminar will also explore the ethics and legalities of carrying and using an edged weapon — a topic that most instructors fail to address ...

... but can dramatically affect your life after any violent encounter — legally, financially, and psychologically.

This program is for anyone who's serious about learning how to defend yourself against a vicious knife attack.

It's also for prepared and responsible folks who currently carry a blade or are looking into carrying a blade for self-defense purposes.

Also, this course will be a good refresher for law enforcement and military who might carry a blade as a backup weapon. 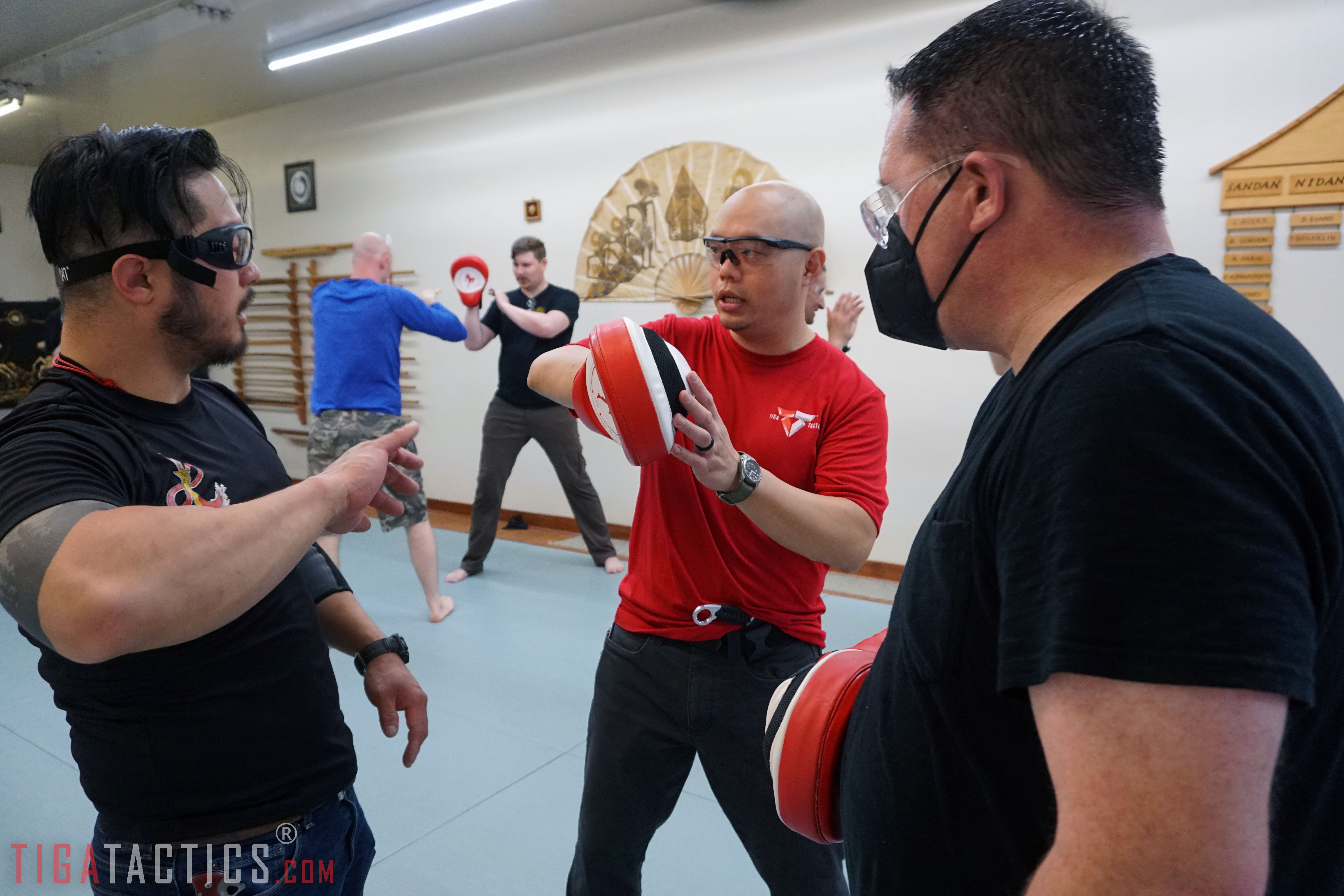 This live and in-person event will take place on the following dates and times:

We will be training face-to-face at Rounders MMA Fullerton in Fullerton, California — not far from Disneyland.

If you don't live in Southern California, this is a great opportunity to pair up an innovative training event with an epic off-season vacation. 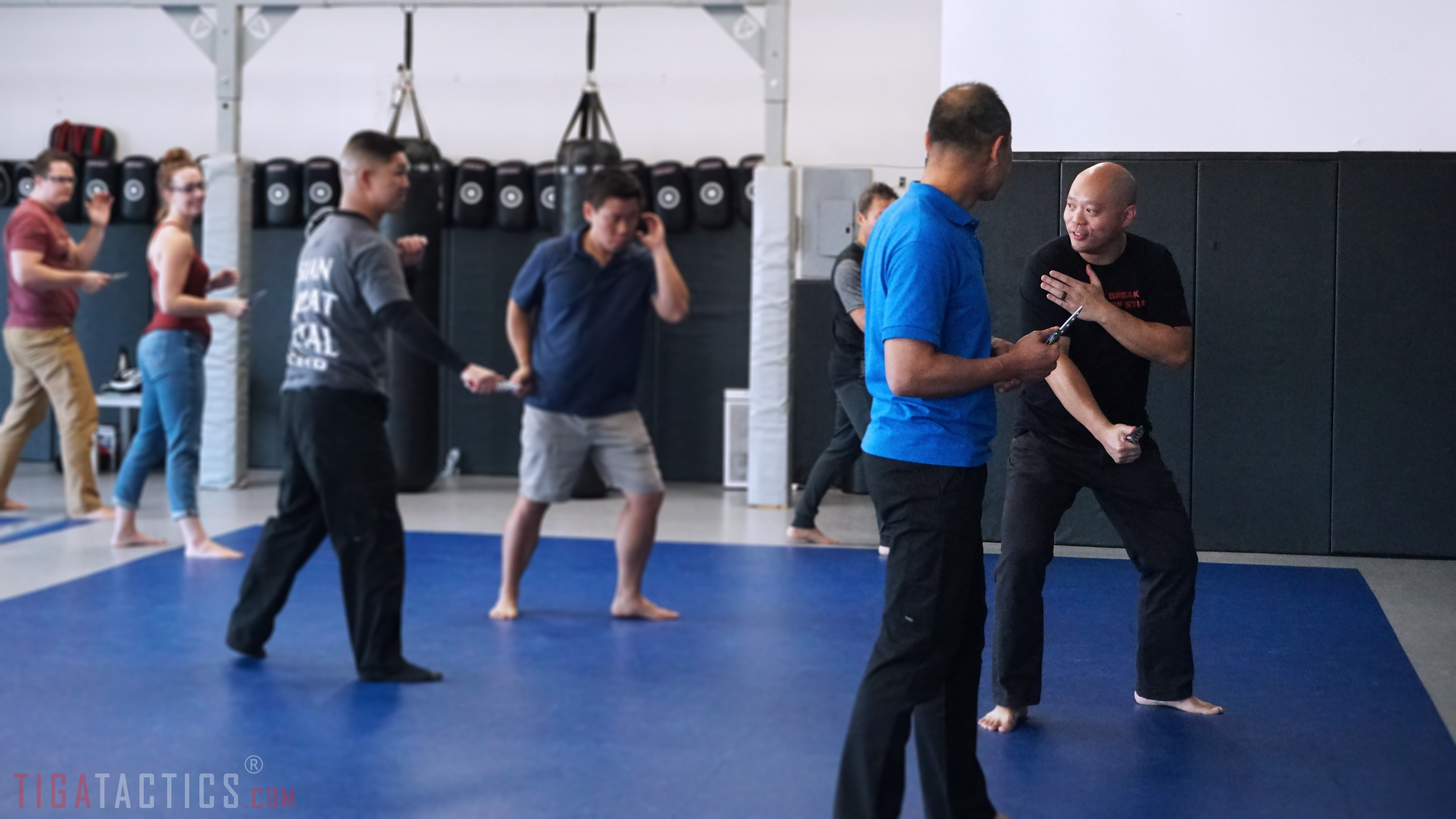 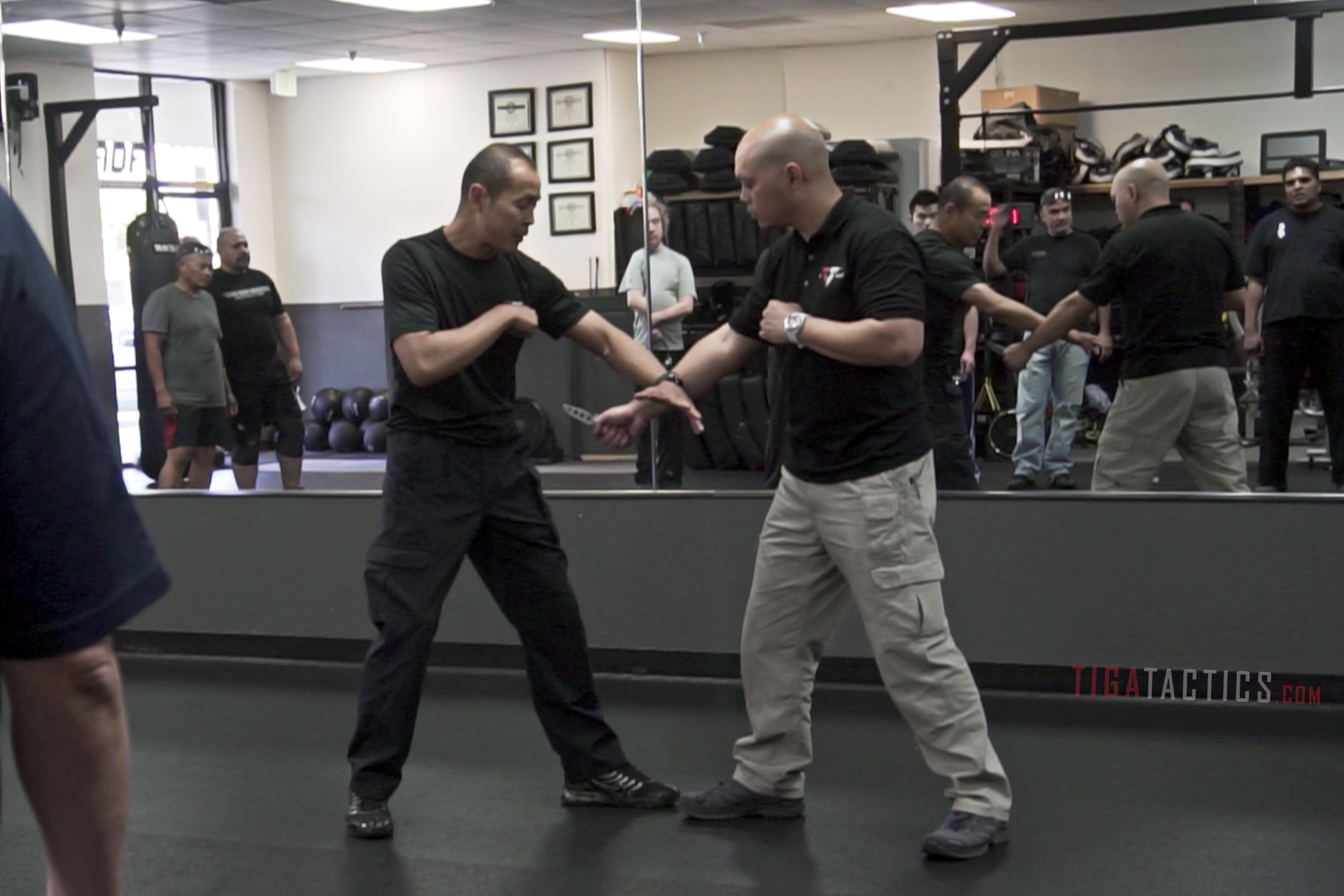 However, for a limited time, we're offering admission to our seminar at deep discounts* based on a tiered system — rewarding those who reserve their slot early:

* NOTE: All Rounders MMA students will receive a 50% DISCOUNT on admission.

To get the coupon code before you enroll, please email us at info[at]tigatactics[dot]com.

(NOTE: Make sure to replace the [at] with the @ symbol and the [dot] with a period.)

Or speak with Coach Joe Kim for details.

Yes, I want to enroll now and save!

We’re also giving an additional 15% discount to those who put themselves in harm’s way for the greater good!

So, if you're an American or Canadian who is:

… you can get an additional 15% off the lowest available price. (Cannot be combined with any other promo code.)

To provide proof of your profession and get the coupon code before you enroll, please email us at info[at]tigatactics[dot]com.

(NOTE: Make sure to replace the [at] with the @ symbol and the [dot] with a period.)

It’s the least we can do for your service. But you gotta act fast because of ...

To ensure our high standards of instruction and personal mentorship, we limit the size of our seminars to ONLY 30 students maximum.

So don't delay — enroll now! Hit the red button below.

Yes, I want to enroll now and save!

If you are not satisfied at any time during your session, we will refund 100% of your admission fee. NO questions asked.

Seriously. That's how confident we are in how valuable you'll find our "EDC Edged Weapon" program.

"The system is great how it builds from the basic to the more advanced. The classes that I had in the past were lacking in basic information, and rubber knives came out and "lets go at it!" No thought of what type of knife to carry and how to operate with it. In grading [this course] I give it 100%."

"With the combatives, movement, and accelerated heartbeat/duress thrown in during the class, I was finding that my successful deployments weren’t quite what I expected them to be. From partial deployments to straight up dropping my knife on the ground, knowing these failures and training them makes me feel much more confident and competent."

"The content was presented in a universal way that was accessible and beneficial to all skill levels. I loved the concept and approach to empty-hand combatives in a weapons-based environment, utilizing moves that have a high probability of success under stress and a low probability of injury."

"I can say that the skills taught here were very much in line with my experiences as a police officer. As a matter of fact, the technique taught here about striking at your attacker while stepping back to create the opportunity to deploy your knife was exactly what we taught our officers during firearms training in order to be able to draw our pistols. It can SAVE YOUR LIFE."
CLICK HERE TO ENROLL AND SAVE!